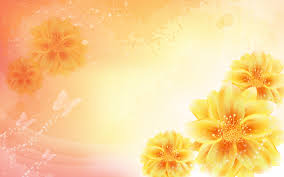 What’s your vision for Rochester Street? Should it become another traffic-filled route for commuters? Or a “complete street” that serves West Centretown?

The City is thinking about open the median on Carling at Rochester and putting in a signalized intersection. Part of the rationale for this opening is that vehicular traffic would be diverted from Parkdale Avenue, reducing traffic volumes on that street.

Opening the median would draw more vehicular traffic down Rochester, making cycling and walking more difficult and dangerous, and making the street much less liveable. West Centretown already has more than its share of busy north-south streets (Booth, Bronson, Preston) that divide neighbourhoods. The significant intensification planned for Rochester (18-storey buildings) will by itself introduce enough additional vehicles to the street.

It’s time for the City to rethink Rochester.

We want Rochester to become a “complete street” (as is being done for Churchill Avenue in Westboro and Main Street in Old Ottawa East). Wider sidewalks, segregated bike lanes and street trees would increase the liveability of the street and make Rochester safer and more comfortable for pedestrians and cyclists of all ages and abilities.

At one point, there was talk of adding a bike lane to Rochester, even though it is not an official cycling route.  We think this is a great idea. Although Booth Street and Preston are the official cycling routes, both streets have a volume of vehicular traffic that is too high to attract cyclists of all ages and abilities.